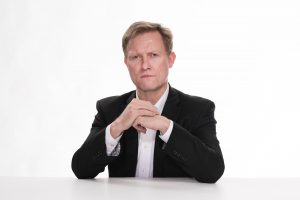 Craig Drennen, associate professor of drawing and painting and graduate director of the Ernest G. Welch School of Art & Design in the College of the Arts at Georgia State University, has been awarded a 2018 Guggenheim Fellowship in the Fine Arts.

The John Simon Guggenheim Memorial Foundation has recognized artists, writers and researchers “who have demonstrated exceptional capacity for productive scholarship or exceptional creative ability in the arts” since 1925. Drennen was selected as one of 173 fellowship winners out of 3,000 applicants.

“Within the college, we have all recognized Professor Drennen’s amazing talent and creativity,” said Wade Weast, dean of the College of the Arts. “It is especially gratifying to learn that such a prestigious organization as the John Simon Guggenheim Foundation has also recognized this.”

“For years, Professor Drennen’s consummate professionalism, his ever-advancing studio practice, and his absolute commitment to student success has modeled for students and colleagues alike a value system to be emulated,” said Michael White, director of the Welch School. “We are thrilled that Craig’s professional achievements and promise have been recognized by the Guggenheim Foundation, and we cannot think of a more deserving recipient. We are honored to have him among our ranks and will continue to support Professor Drennen and his continued success in all aspects of his career.”

Drennen has been a member of the Ernest G. Welch School of Art & Design faculty since 2009, and has held the role of graduate director for three years, pushing the M.A. & M.F.A. programs into competitive, national ranks. He is an alumnus of the Skowhegan School of Painting & Sculpture where he served as dean of its summer residency program from 2010-13 and has again held the position since 2016. 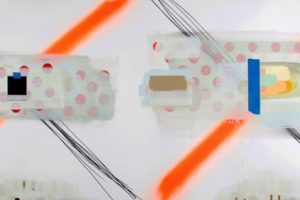 “The Guggenheim Fellowship is a great honor, and I am both happy and humbled to receive it,” Drennen said. “It serves as an extraordinarily useful tool to radically energize an artist’s studio activity. I look forward to developing and expanding my studio practice both inside and outside Atlanta.”

Drennen is best known for his paintings, though sculpture and performance are frequently implemented in his work. Since 2008, his practice has focused on Shakespeare’s Timon of Athens, Shakespeare’s only screenplay to never see the stage.

The artistic body of work surrounding the Shakespeare’s Timon of Athens has been widely exhibited throughout the United States, locally and internationally. In 2017, Drennen’s work was featured in a solo exhibition at the Museum of Contemporary Art of Georgia, following his year as a part of the Working Artist Project grant recipient. The show was widely reviewed, attended and acclaimed. His current solo show, “Painters” at Hathaway Gallery will be open through May 14.

Since its establishment in 1925, the Foundation has granted more than $360 million in Fellowships to more than 18,000 individuals, among whom are scores of Nobel laureates, Fields Medalists, poets laureate, members of the various national academies, and winners of the Pulitzer Prize, Turing Award, National Book Awards and other important, internationally recognized honors.