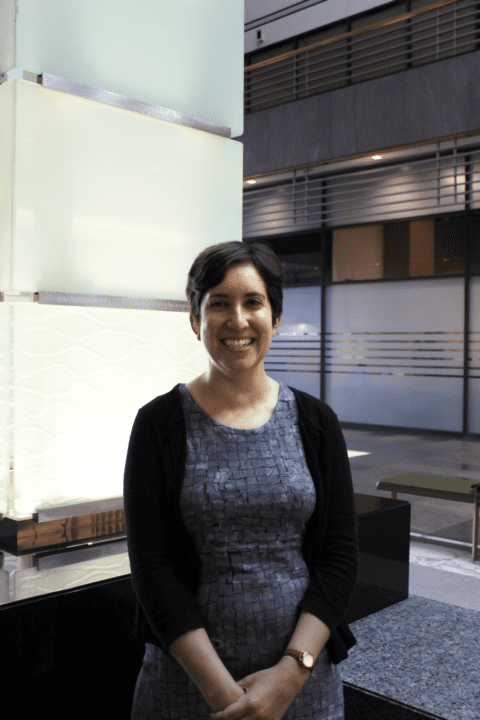 Research by Kristie Seelman, Associate Professor of Social Work, focuses on the way gender connects with various social problems—and how we can improve as a society to better alleviate disparities regarding the LGBTQ+ community, as well as education and improvement on policies concerning transgender populations.

One aspect of her research has examined trans men’s or transmasculine individuals’ experiences in healthcare settings, including how comfortable they feel in discussing issues with their health care providers, as well as how they are treated by providers.

“We’re looking at qualitative data from interviews with 25 transmen/transmasculine people, to look not only at the barriers of healthcare, but more specifically, strategies this group is using to overcome stigmas in the health care system.” Dr. Seelman said.

Despite some improvements, Dr. Seelman said transgender and non-binary individuals continue to face discrimination and mistreatment in healthcare settings.

“We’ve been identifying themes around social support, persistence, and trying to change the norms of the healthcare system,” she said. “we’re trying to challenge the pathologizing lens in this type of research around LGBTQ+ people.”

She said that she hopes her work can lead to connections that can establish real social change to help these kinds of situations.

Dr. Seelman recognized the importance of social impact and change during her academic career. After her undergraduate career at Allegheny College in Meadville, Pa., Seelman moved to Denver, Colorado in 2005 to focus on her higher education at the University of Denver (DU).

She said she initially found her calling after taking a human sexuality class during her Master of Social Work program at DU. “At the time I was initially coming out as queer myself, and I wanted to get involved in research in that area.”

The class spurred on her drive for research.

“In the course, I could do my own research on a topic,” Dr. Seelman said. “And I wanted to look at what universities could do to better support transgender students.”

She was a founding member of a group serving to support LGBTQ+ Social Work students while she was getting her Master of Social Work degree, and she then formed a coalition with groups of LGBTQ+ students across campus to influence the non-discrimination policy at DU.

Since she stayed at DU for her Ph.D. work, Seelman was able to see the ways in which a group like this can benefit the community surrounding it—as serious change began

two years after the group formed. This experience of compounding social transformation set Seelman on a path to generate social change via education and research.

“I want to see what we can do to tackle these kinds of underlying fears and health differences,” she said.

In Georgia, there may not be more transgender health clinics, but if education can be worked into primary care, it could have an impact on the lives of this population.

Seelman said underlying views in the way that many think about non-binary and transgender individuals continue to create challenges, with different impacts across regions of the United States. “There are unique challenges to different regions of the country,” she said.

Seelman said that change begins with first tackling the established gender binaries within social work. In order to approach gender, we need to stop looking at one of two sides of gender due to a societal binary, but to see it as it really is: a construct that needs to be broken down to promote gender equity and to better reflect the gender diversity that exists in the world.

Dr. Seelman said that social work allows for research that has a clear and purposeful impact on society and social interactions between us. This, she said, allows for the kind of work she aims to do—creating social change.

“When it comes to work you do, keep your values at the forefront,” she said. “You need to have the vision of the world that you want, and then see what you need to contribute in order to reach it.”