In the Office of the Provost, Jeremy Craig is responsible for the planning and implementation of communications efforts of the division. He provides support to senior academic administrators through communications guidance, writing and research, project planning and coordination, and administration of the office’s digital presence.

Mr. Craig supports internal communications for the Office of Faculty Affairs, and assists or has assisted with communications for other units such as the former Office for Graduate Programs (now the Graduate School). Additionally, he supports communications regarding the university’s strategic plan, varsity esports, and the Next Generation of Faculty initiative, along with administration of the university’s Merit pages student achievement system that recognizes students for their academic and other achievements (such as the Dean’s List and President’s List).

His portfolio also includes the university’s first-ever institution-wide Diversity, Equity & Inclusion website at https://dei.gsu.edu/, for which he helped to coordinate its fall 2020 launch in collaboration with Dr. Curtis Byrd and Dr. Rihana Mason. Among its many functionalities, it brings together more than 140 programs and initiatives into a Diversity Database using Dr. Byrd and Dr. Mason’s THRIVE inventory, and more than 200 resources (including books, audiovisual materials, services, offices, departments, centers, policies, guidelines, manuals, articles, academic journals, maps, directories, data and more) into a keyword-searchable Resource Library.

Additionally, he provides support to the Office of Faculty Affairs and Office of Institutional Effectiveness through the web presence for Georgia State’s action plans to address recommendations of the Task Force for Racial Equality, the action plan for progress based on faculty survey results from the COACHE survey process, and support for the Task Force on Academic Integrity.

In his former roles in the Georgia State Department of Public Relations and Marketing Communications, he was a member of teams that earned major awards for magazines and web stories from the Council for the Advancement and Support of Education (CASE) in the late 2000s and in the 2010s. He was also a part of a reporting team at The Augusta Chronicle that garnered an award from the Georgia Associated Press Association for deadline reporting among large newspapers in the state in 2006.

A native of metro Atlanta, Mr. Craig is a member of the Public Relations Society of America and among his volunteer activities, he provides pro bono public relations and marketing assistance for two area non-profit performing arts organizations.

“How to Talk About Climate Change.” Georgia State University Research Magazine, Spring 2019 issue.
Risa Palm, an urban geographer and outgoing Provost and Senior Vice President for Academic Affairs, investigates how political attitudes toward climate change are formed, and how they might change depending on the way the issue is framed.
https://news.gsu.edu/research-magazine/spring2019/how-to-talk-about-climate-change 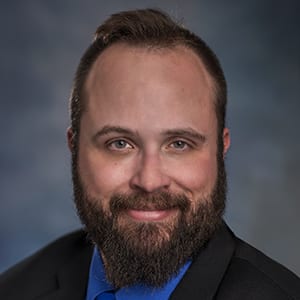